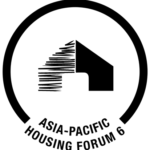 Cambodia is in transition, with a growing and developing population currently estimated at 15.8 million people in 2017 (NIS/MoP), with this projected to rise to between 18.4 million (NIS/MoP 2011) and 18.9 million[1] (UNDESA 2015) by 2030. Currently a significant portion of the population are children (29 percent) and youth (30 percent) and these rates are likely to continue at these levels for some years to come. Incomes have and are also on the rise, with urban related incomes are increasing faster than rural ones, which may be contributing to the drivers for economic migration from rural areas.

THE HOUSING CHALLENGE
The 2.5-3 million-population increase in the coming 15 years is projected to require an additional 500,000 -1 million housing units to meet housing needs. The United Nation’s World Cities Report 2016, states that 55 percent of the urban population in Cambodia, continue to live in slum conditions? This is a significant improvement on previous reported levels of 79 percent in 2005. It still equated to 1.7 million people living in slums in and across urban areas. Local research (CIUS 2016) indicates that a third of the existing urban housing stock could be considered as slum housing! While poor and deficient housing in rural areas, where ~70 percent of the population currently live, remains difficult to quantify and qualify. Poverty level have and continue to decrease with it now reported that ~13.5% of the population (NSDP- MTR 2017) remain below the national poverty, roughly 2.1 million people, with many of these currently living in inadequate housing, due to the lack of access to improved housing opportunities.

INSTITUTIONAL RESPONSES
The Royal Government of Cambodia (RGC) has and is launching a number of initiatives, including adopting a National Housing Policy (NHP) and establishing a broadly mandated General Department of Housing (GDH) at the Ministry of Land Management Urban Planning and Construction (MLMUPC) in 2014. These are intended to coordinate, guide, support and deliver on the expressed goals and objectives of the National Housing Policy (see annex). It has also incorporated housing issues into the “planned actions to implement the prioritized policies” in the National Strategic Development Plan 2014-2018 (sec 4.63), where it states “continue to adopt the National Housing Policy in order to resolve housing problems for poor people so they can live in safety, welfare, and in dignity.” More recently the has assigned the Supreme National Economic Council (SNEC) to develop an subsequent Affordable Housing Policy which is under development.

Progress is starting to be made in terms of the cooperation with the private sector, with a number of memorandums of understanding (MoUs) signed with companies as well as with NGOs, including one with Habitat for Humanity Cambodia (HFHC). The private sector appears to be more focused on middle and upper middle income groups with household incomes in excess of US$500 per month, while those focusing on households with incomes below this, are making slower progress.

The aim of the NHF is to create opportunities for housing sector stakeholders to discuss, debate, plan actions, and identify issues, needs, and challenges to the housing sector. It will also provide opportunities to improve consideration of the sector in national development (NSDP) planning processes, and to highlight the need to prepare for sub-national administrative considerations in Provincial, District, Municipal, and Commune/Sangkats planning processes. The objectives of the NHF are to:

PARTICIPATION
As space will be limited at the Forum, organizations, agencies, institutions companies will need to confirm their participation for this event, with a maximum of two participants with at least one participant confirming for the full event to contribute your perspective and inputs. Confirmation can be done by either completing the link to the e-form below or by contacting Habitat for Humanity Cambodia directly.